Should Employees Be Allowed to Carry Concealed Weapons in the Courthouse? 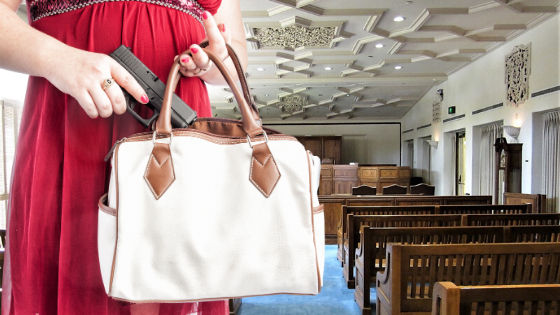 Courthouses are where conflicts are resolved and justice is dispensed. Security in the courthouse is critical for all types of proceedings. It is easy to understand the need for security when there is a publicly charged murder trial, a gang proceeding, or a drug cartel on trial. However, any proceeding that involves two conflicting parties can result in security concerns. Some of the most notable include divorce and custody proceedings as well as bankruptcy proceedings. Tensions are high in court proceedings and, at times, they can spiral out of control and result in violence. Such violence is not limited to the courtroom and can occur anywhere in the courthouse.

In addressing such violence, I read a recent article that indicated the Senate in South Dakota was considering a bill that would allow court employees to carry firearms into the courthouse. I am curious as to how this bill will be carried out if it is passed. Courthouses are typically staffed with armed law enforcement personnel who provide security for the court. Whether it’s the U.S. Marshals Service, the local sheriff’s office, or court-hired security officers, they are all trained in how and when to use firearms to keep the courthouse and its occupants safe.

Opponents to the bill contend that having more guns in the courthouse does not necessarily make a safer environment. Not knowing who has a gun and how well they know how to operate the gun, especially during a conflict, could potentially mean more risk and injury in the courthouse. Of concern is the issue of how responding law enforcement personnel would be able to distinguish a county employee with the gun versus someone intending to do harm.

Allowing employees from the clerk’s office and other court units to carry guns into the courthouse represents a challenge. Let’s start with the basics – how will the firearms be carried? In a waistband, purse, backpack, holster? How will they be stored when someone is working? Carried everywhere? Left on the floor in a purse or backpack? Placed in a desk drawer where others could get access? Carrying and properly storing guns is a key issue in law enforcement training. Having a proper retention holster that prevents others from taking a gun requires the proper equipment and knowledge, which comes through law enforcement training.

In addition, when applying for a concealed weapons permit, training is required on how to protect yourself and perhaps your family. However, when it comes to protecting a crowd of people in a courthouse, the concealed weapons permit training falls short. Law enforcement personnel are trained on procedures when using a weapon, including how to rapidly identify a threat and how to quickly make decisions that could result in life or death. Placing these decisions in the hands of an untrained person can lead to injury of the person carrying the weapon or others.

Mike Jones, President of Major Security Consulting and Design, LLC, is a retired law enforcement officer, serving as chief of police in four Virginia jurisdictions. He is also a recognized expert on courthouse security. In discussing this issue with Mike, he commented that allowing county personnel to carry concealed weapons in courthouses would be conceivable only if the personnel were dedicated to the training that comes with the responsibility. How they handle the weapon when facing an emergency, threat identification, proper carry and storage, and what to do during a law enforcement response are all issues that must be considered. Having employees out there without this type of training could present a greater risk to everybody, including the person carrying the weapon, law enforcement responders, and other occupants of the courthouse. Mike also expressed a concern for the greater potential of friendly fire instances if security personnel or police officers observe a person with a gun when responding to a courthouse emergency. Mike and I have worked together for several years and, as in this case, his opinions often align with my own.

Throughout my career, I have been in several courthouses during security instances. I have seen judges chase down escaping defendants, courtroom furniture flipped and broken, and bullet holes in courtroom walls and furniture. To me, if there were employees with concealed weapon permits trying to stop the violence, it would have made all of these situations scarier and potentially deadlier. Just sticking your head out into the hallway to check on the commotion could place you at risk. I strongly believe we need to limit guns in the courthouse to only those personnel who are sufficiently trained. This could include a citizen, such as a retired law enforcement officer, or someone who has completed a significant training course on how to responsibly use a concealed weapon in a public facility during a crisis. Concealed weapons require the utmost sense of responsibility, and this is best demonstrated through having the proper training.

We often hear the phrase that courthouses are the places where justice is dispensed and where life and death can be on the line. I would prefer to have that decision made by a judge rather than by a county employee with a gun who is untrained on how to handle the weapon in a public facility.

0 Comments
previous post Openness v. Security in School Design
Next Post Staring, Singing, and Exercise Balls in the Office - How To Deal!?