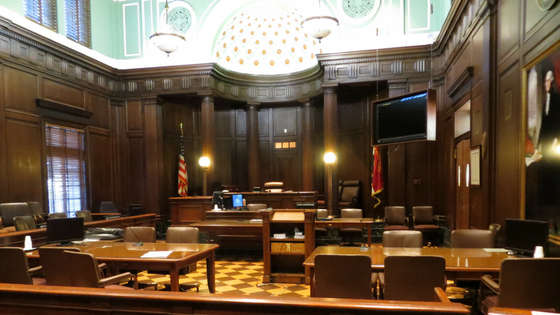 Each year, I assess more than two dozen courthouses of varying size and character. At the end of each assessment, I recommend an architectural approach to meet the current and future space needs of the court. For historic courthouses with strict preservation requirements in downtown areas, coming up with a workable and affordable solution can be a challenge in courthouse planning. This blog presents one such instance and the way an exceptional historic courthouse was preserved via an addition and renovation of existing space.

A Wide Range of Solutions

Courthouses and the courts they serve vary widely in function and character. Solutions for meeting their space needs may also vary widely, depending on the situation. Potential solutions include:

In developing courthouse planning solutions, I rely on an integrated analytical and architectural approach. I have found this to be highly effective in identifying the most nuanced aspects of a court’s potential needs, resulting in solutions that are tailored to a particular court and courthouse.

One such tailored solution that I found particularly satisfying was a successful renovation project for a historic courthouse in the southeastern United States.

Preserving the History of a Historic Courthouse

The focus of this unique and challenging needs assessment was an antebellum courthouse. The economic base of this region had historically been textile and furniture manufacturing, but a growing global economy had encouraged many of these industries to relocate to southeast Asia. However, unlike some economically depressed southern communities that suffered from the loss of manufacturing jobs, this community had aggressively pursued high-tech industries and was now prospering and undergoing a period of substantial economic growth.

This trend was apparent in the caseload and demographic analyses that we conducted as part of the project. The civil caseload, judges, court personnel, and corresponding space needs were projected to increase in the upcoming decade due to growth in regional business activity. The population and economy in the region were also projected to grow with new industries and jobs. However, the growth in court operations was a strain on the historic courthouse, which was more than 100 years old.

Still, the projected growth in caseload clearly indicated the impending need for an additional courtroom and judge’s chambers, as well as expansion of the clerk’s office. There was no way I could come up with a solution to squeeze these spaces into the existing courthouse. So, I started to explore other options, which is always tough when a historic courthouse is involved. Fortunately, there was a large on-site surface parking lot at the rear of the courthouse. Equally fortunate, the existing courtrooms and chambers were located on the side of the building that faced the parking lot. This site could accommodate all the facilities required for the court’s growth, and could tremendously improve court operations. Most importantly, at least from an aesthetics standpoint, the addition would not detract from the historic character of the courthouse. 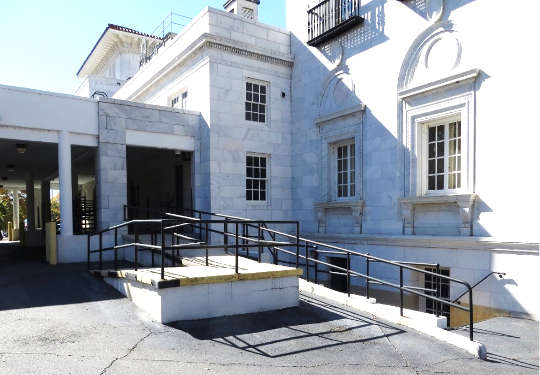 Expansion Area at Rear of Courthouse

The plan above shows the partial renovation plan combined with an adjacent annex. The new courtroom and chambers were integrated into the existing layout via an atrium between the old and new structures. The design of the annex allowed improvements to be made to the secure, restricted, and public circulation patterns. The annex also provided a sallyport for secure prisoner management and an enclosed parking area for the judges – all of which had been missing from the existing courthouse.

After looking at the schematic plans, the court was thrilled to see how much they could improve their space and accommodate future growth with the annex and related renovations to the existing courthouse. Apart from one manageable prisoner/public circulation conflict, the overall layout was nearly perfect!

The availability of expansion space on the site was obviously a significant factor contributing to the feasibility of this option. However, the truly deciding factor that differentiated this courthouse from many other historic courthouses was the ongoing maintenance and facility improvements that kept the courthouse in great condition over the years. I cannot emphasize enough the importance of ongoing maintenance in preserving options, and in this case, preserving history.

Although not always possible, an addition can be an attractive solution for retaining a historic courthouse while providing space for growth. I have seen courthouses with additions that blend in almost seamlessly with the historic structure. I have also seen additions that had a clear juxtaposition of old versus new, which can serve a practical purpose as well as a symbolic one. But as an architect with a love for history and buildings, nothing is more rewarding than coming up with an architectural solution that meets space needs while preserving a beautiful historic asset. It’s the stuff an architect’s dreams are made of. 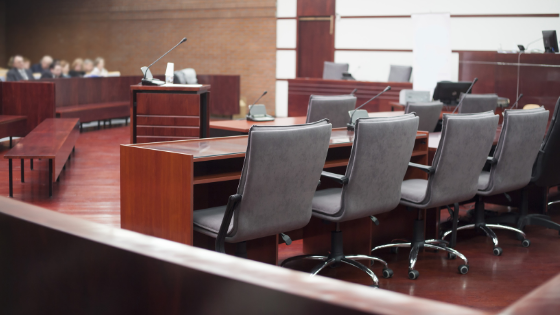 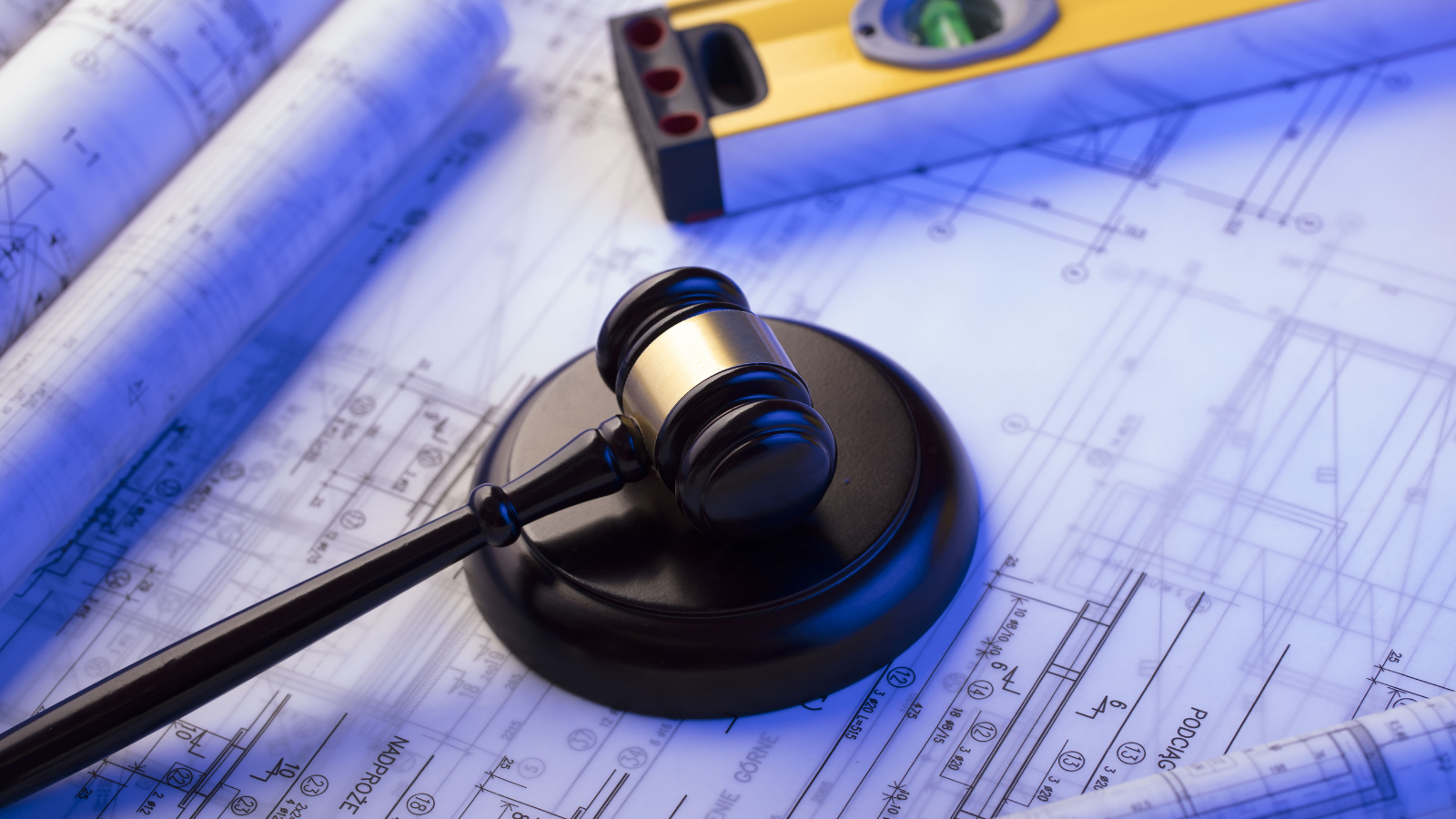 How Will COVID-Related Changes Affect Your Courthouse Project?
by Kurt Schlauch 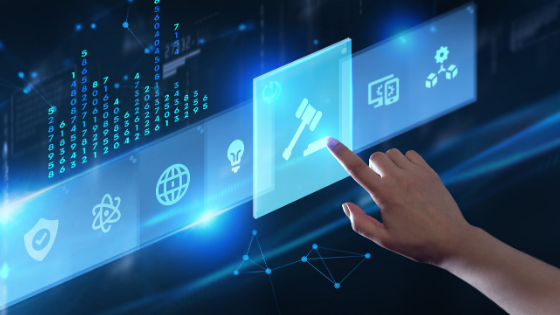 Has the COVID Pandemic Given Court Technology the Boost it Deserves?
by Matt Hemphill 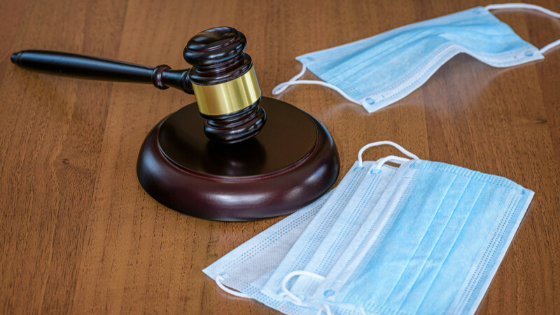