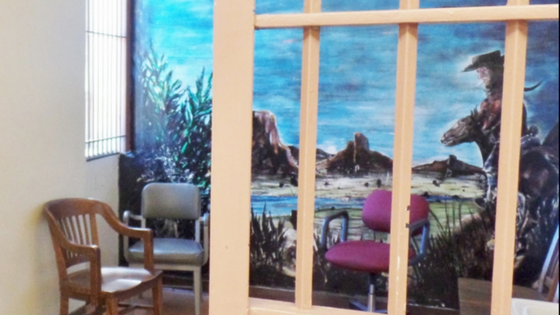 During a recent planning visit to a small Texas courthouse, I walked through a door at the side of the primary courtroom and encountered the courtroom holding cell shown in the above photo. My first reaction was “nice mural.” My second reaction was “What is it doing in a holding cell?” Was I looking at a leftover stage set for a western movie? Nope. The courthouse security officer assured me that the holding cell and the mural were for real.

After my initial surprise, I asked the officer what he thought of the cell. Did this courtroom holding cell support courtroom security? I mean, it’s handsome – but is it functional? As a courthouse planning consultant, that’s what really interested me. I’ve seen some “cells” that would make your jaw drop. But more on this later.

The Role of Courtroom Holding Cells in Courthouse Security

As the name implies, courtroom holding cells are intended to be located next to courtrooms. They are used to house prisoners before or during a trial on a temporary basis. They improve the security of the courthouse as a whole by avoiding unnecessary prisoner movement throughout the courthouse.

The absence of courtroom holding cells is not uncommon in many older courthouses. Unfortunately, this requires court security officers to transport prisoners back to the central cellblock, often through public corridors. This increases the potential for unwanted interaction with the public. In some cases, older courthouses have courtroom holding cells that are not adjacent to the courtroom they serve. This arrangement increases the number of instances in which prisoners must be escorted back and forth to the courtroom, often via public hallways.

There is a heightened safety risk for security officers and all others present in the courthouse each time a prisoner is moved. Humans are known to make errors. Problems arise despite the best efforts of security personnel. The bottom line – prisoner movement in a courthouse should be minimized.

Sometimes we can learn a lot from observing examples that do not represent the best (or in some cases, even close to the best) practices. Let’s begin with the Texas holding cell example described above.

Beyond the somewhat out-of-place mural (painted by a prisoner during a long recess in his trial, believe it or not), this courtroom holding cell exhibited several security deficiencies that could have proven problematic:

This particular holding cell also happened to be located immediately adjacent to the clerk’s office. The inadequate acoustic separation between the two rooms has on more than one occasion resulted in the clerk becoming alarmed in response to loud and foul language coming from the prisoners. Not a security threat, but disruptive nevertheless.

Perhaps the worst example of a courtroom holding cell I’ve encountered was in a rural Kentucky courthouse. This made Andy Griffith’s Mayberry RFD cells look positively futuristic by comparison. Admittedly, the courthouse was unusually small and left virtually no room for a central cellblock or a courtroom holding cell. In the absence of a cell, prisoners awaiting trial were handcuffed to a radiator in a corner of the security officers’ small office. At least the prisoner was provided with a bench to sit on. Chairs are also sometimes used for this purpose. 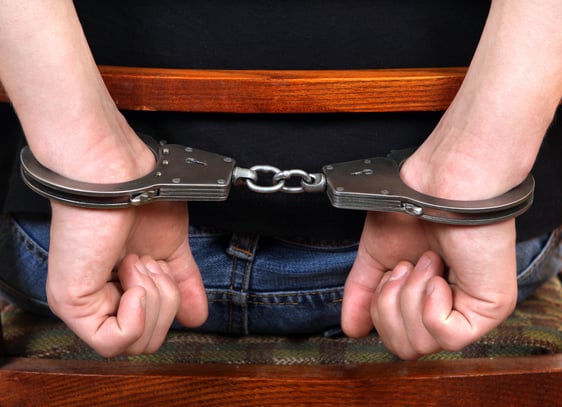 There’s no need to list out the security deficiencies in this makeshift holding cell. In short, everything was wrong. It was a particularly unsafe situation for the courthouse security officers and a marginally humane situation for the prisoners. Fortunately, the courthouse security team recognized how acute these deficiencies were, and made extra efforts to compensate via their prisoner handling protocols. Amazingly, up to that point, no serious security situation had occurred.

Still, it placed a heavy burden on the courthouse security officers. Again, humans are known to make errors. Having architectural and technology features that provide a fail-safe backup is the best way to avoid human error that can result in a security crisis.

Problematic security situations such as this have led to the implementation of many of today’s best courtroom holding cell design and technology practices.

Although most existing courthouses provide one holding cell for each trial courtroom, two holding cells per courtroom is the preferred number. Two are often required to accommodate multi-defendant trials, male and female defendants, and other situations where defendants must be separated. Another configuration that is effective is three holding cells shared between two courtrooms, as shown in the following plan. 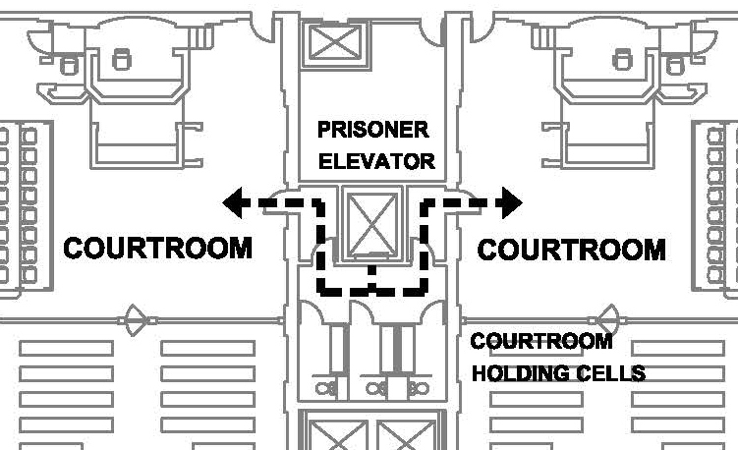 Man-trap access to the courtroom is accomplished by placing a small vestibule between the holding cell area and the courtroom. The doors to each area have locks that allow only one door to be opened at a time. This creates a controlled sequence of prisoner movement between the cell and the courtroom. Man-traps normally include a gun locker for security personnel.

Unfortunately, airborne diseases such as tuberculosis are more common in many prisoner populations than in the general population as a whole. The use of a negative HVAC system, where fresh air is drawn into the cells but is not recirculated into the holding cell area or the rest of the courthouse, can protect the officers and the courthouse as a whole from the potential spread of disease.

“Wet cells” that include a stainless steel sink and toilet provide prisoner comfort, are easy to maintain, and help avoid extra trips outside the confines of the cell. A stainless steel metal bench and modesty panel are also recommended. Glazed-block masonry walls, terrazzo flooring, and a detention-grade ceiling ensure the physical integrity of the cell and also provide ease of maintenance.

A stainless steel wire mesh cell front panel and door prevent prisoners from reaching through the cell. Cell door cuff ports allow handcuffs to be applied to prisoners while they are still secured in the cell.

The following photo of a pair of new courtroom holding cells in a North Carolina courthouse depicts most of these ideal features. 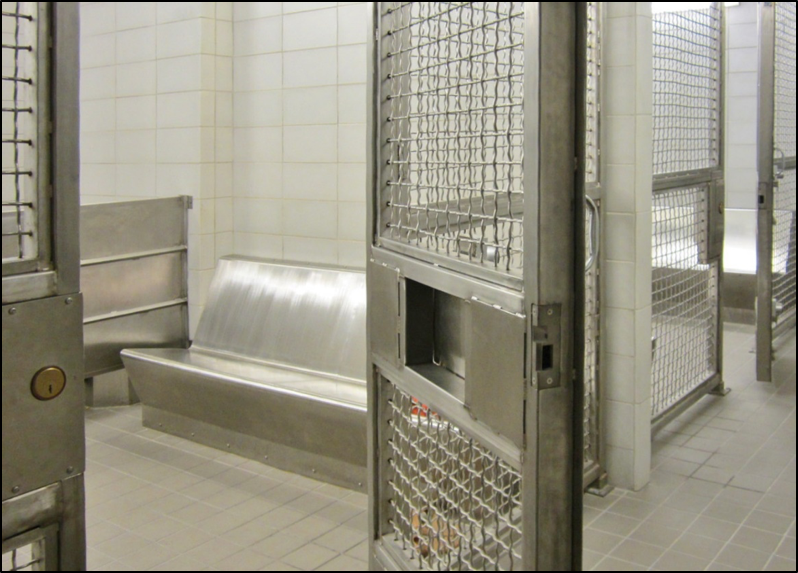 Some of the most critical technology and security features that enhance courthouse functionality are the electronic systems that link courtroom holding cells with the central security command office in the courthouse. These include:

A technology feature that can be very helpful in dealing with unruly prisoners is an A/V feed between the courtroom and holding cell. This allows the defendant to be removed from the courtroom and to participate in the proceedings securely and remotely. The A/V feed also ensures that prisoner rights to trials and hearings are preserved without unnecessary delays.

Courtroom holding cells are just one component that must be considered in any courthouse planning effort. They may seem less than critical since they occupy only a small amount of space in the context of the entire courthouse. But they are vital for safe and secure operations in the courthouse. Even the smallest details of their design – and I’m not talking about mural design here - should be carefully considered in every courthouse planning effort.

For information on courtrooms and chambers design, click on the eBook image below. 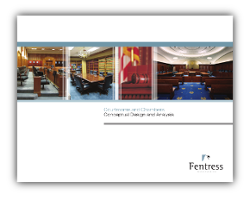