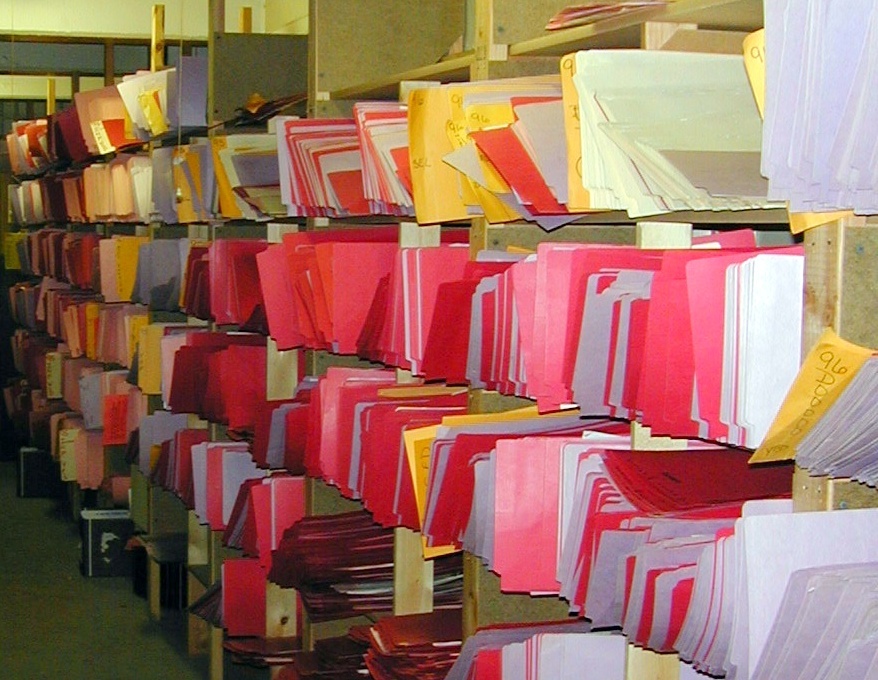 For many years, I assessed courthouses and a common need for court and related components has been additional file storage. The introduction of electronic filing and imaging has now reduced storage in many courts and I find more courts with reduced filing needs and even vacant file rooms. This needs to be considered during the courthouse planning process.

Years ago, I participated in studies with the goal of estimating the amount of filing space needed by courts. Of course, every case is unique and it is hard to predict the amount of paperwork associated with each case and across court jurisdictions. There are court cases that involve enough paperwork to fill a storage room with just one case and there are other cases where the paperwork is very slim. However, after analyzing the filing requirements of many courts and many court components (e.g., clerk’s office, probation office), we found that the average case file was 1.25 inches thick. We used this measure to calculate the linear feet and shelving needed in courts for file storage.

The two images below used to be very common sights in courthouses and still exist in many court locations today.

It should be noted that some courts of record are still required to store paper files, especially historic documents, and the archiving policies for such documents can be a slow process. This has led to courts with volumes of yellowing files in basement areas (such as the second image above) and other courts struggling to find a way to properly preserve historic paperwork. These situations cannot be overlooked when considering courthouse needs and are not easily solved with new technologies as the files often cannot be imaged and disposed of without typically going through a centralized archiving process (like a state archiving system for county courts).

However, in many courts, technology has been used successfully to reduce the amount of paper files. Electronic filing systems can ensure that new files are stored electronically from commencement to closure. In addition, imaging systems have been used to scan existing paper files so that the hard copy files can be disposed of properly.

As a result, the amount of paper files in such courts are decreasing and once packed file rooms are now becoming vacant. Here are two examples of courts that invested in high density filing systems that are now largely empty.

What to do with vacant file rooms?

Though many courts are still struggling with the volume of paper, the photos above indicate that there may come a day when the paper is no longer necessary. I have discussed ideas with courts on how to use the vacated space. Typically, a file room is in an open, central location in many offices (see image below – note that the shelving marks can still be seen on the carpet). For that reason, most vacant file rooms now house cubicles to accommodate increasing staff. Some of these courts see the vacant file rooms as a blessing to alleviate overcrowded staffing space. Instead of looking for expansion space, these courts are able to house staff more comfortably in the vacant file rooms. 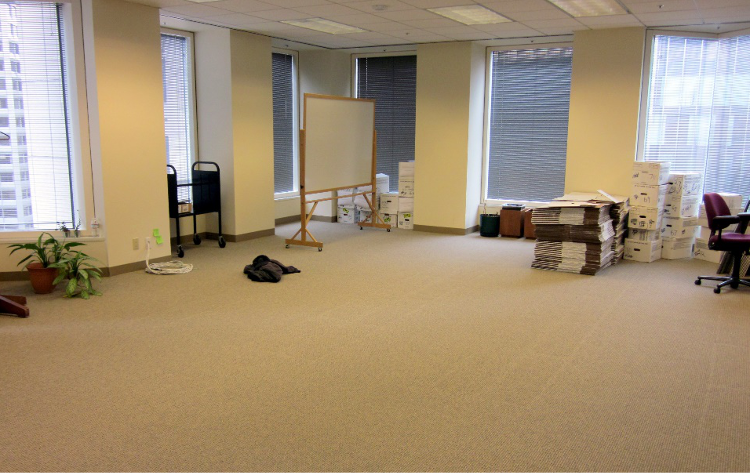 I have also seen vacant file rooms converted into conferencing space and training rooms. Many courts struggle to find sufficient space for meeting rooms and the vacant file rooms provide an opportunity to acquire additional meeting space. Finally, a recent court I visited converted the vacated filing area into a modern office space with a mix of workstation types, collaborative areas, and an informal meeting area. This space housed a growing number of personnel that took advantage of telecommuting policies and were willing to give up assigned cubicles to work in this open office area on the days that they work in the courthouse.

A reduction in paper files may not be the present situation in your court but it could be a future opportunity. Reducing paper filing is better for the environment and frees up space in the office that can be used to meet other needs. How would your court use the space if you did not have to store paper files?

Is Virtual Jury Selection Worth the Investment?
by Kurt Schlauch

Why Should Public Amenities be in Courthouses?
by Ted Prestogeorge