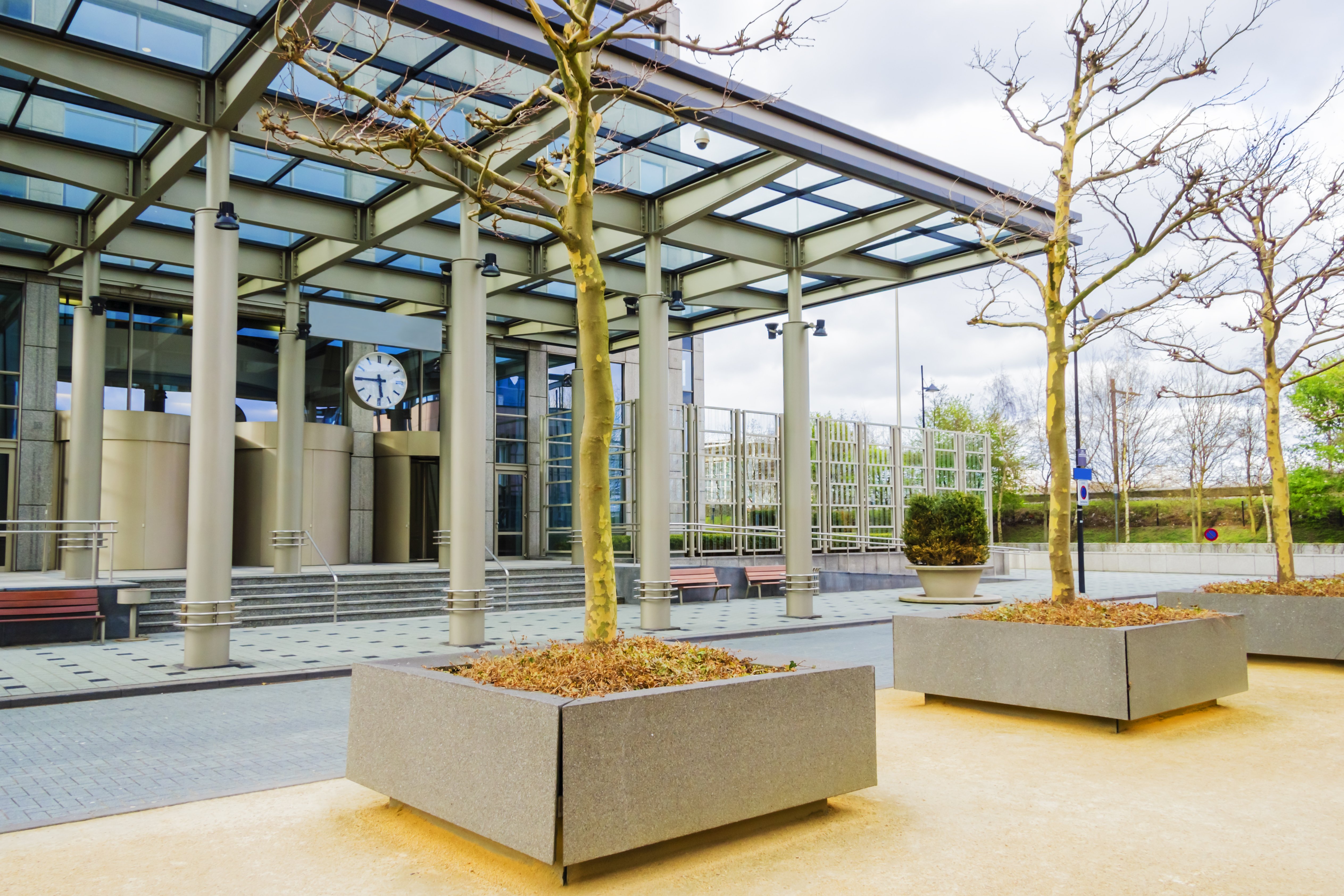 Would you like to improve security in your workplace but don’t have the funding to implement a large-scale project? If so, you may want to consider applying the concepts of Crime Prevention Through Environmental Design (CPTED) to boost security at your workplace. CPTED involves the application of physical design features to discourage crime, while at the same time encouraging legitimate use of the built environment.

Applying CPTED measures to the workplace is often a more affordable option than embarking on a large-scale electronic security project. CPTED involves the application of four main strategies – natural surveillance, territorial reinforcement, natural access control, and maintenance. In my last blog, I discussed how the principles of natural surveillance can be applied to the workplace. In this article, I’ll explore territorial reinforcement strategies that can be applied to the workplace.

What is Territorial Reinforcement? 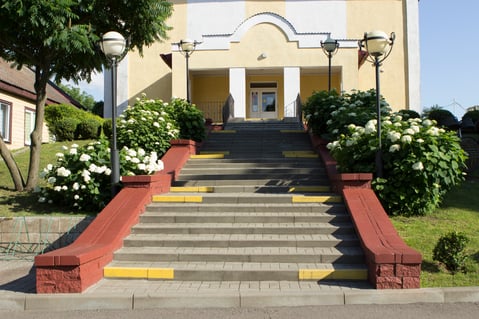 The building in the image below does not have a strong sense of ownership and lacks the clear demarcation of public, semi-private, and private zones. One might wonder if the building is even occupied, leaving it vulnerable to illegitimate users. 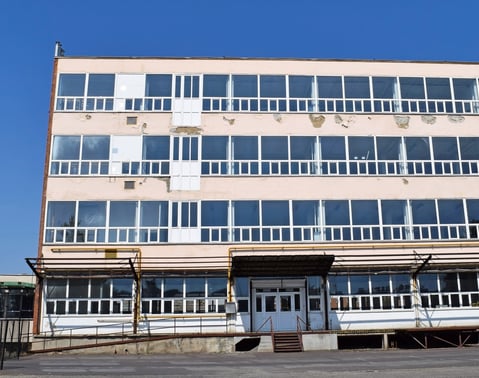 Let’s explore in more detail some of the strategies that can be used to create a strong sense of territorial reinforcement at your workplace.

Installing fencing around your workplace can be an important part of your territorial reinforcement strategy. Fencing can help outline and define your property and create a clear demarcation between the public and private zones. Having a fence in place forces a user with an illegitimate purpose to trespass onto your property rather than allowing casual entry.

It’s also important to consider the type of fencing used. Fencing that is typically CPTED-approved is a minimum of six feet high and transparent to promote natural surveillance. Suggested fencing materials include tubular steel and wrought iron. The fencing should also have an anti-climb design, which doesn’t permit footholds.

Another strategy for promoting a strong sense of territorial reinforcement at your workplace is the use of clear signage. Signage with your organization’s name can be featured on the building façade to create a sense of ownership. Pedestrian-scale signage should be provided throughout the site and at all points of entry to the building to improve wayfinding and to provide directives to users regarding what is expected of them. Directives should be easily understandable with large, bold font and graphics. Signage should be designed such that it limits areas of concealment and does not interfere with natural surveillance. All signage should be illuminated at night.

In the early-2000s, the UK was dealing with an emerging problem of “cashpoint crime” – pickpocketing and forced withdraws at ATMs. In response to this trend, Hammersmith law enforcement teamed up with the Design Against Crime Research Centre (DACRC) at the University of Arts London to develop some creative crime-reduction strategies. The team created aesthetically pleasing cashpoint artwork that was placed on the ground in front of ATMs to create “safety zones” - or defensible space - for ATM users. The artwork serves as a reminder to ATM users to respect each other’s space.

Incorporating artwork and color can also be an effective – and fun – way to enhance territorial reinforcement at your workplace. Public art comes in many forms and can help define a space and serve as a focal point for a site. Artwork can include building murals, sculptures, fountains, and even temporary art that is switched out from time to time.

Be sure that local artists are commissioned and that the artwork is reflective of the local culture so that building users can strongly identify and connect with it. Don’t be afraid of being bold with the use of color on the building’s exterior. If your organization’s colors are blue and yellow, consider “branding” your building with those colors to create a clearly recognizable sense of ownership. 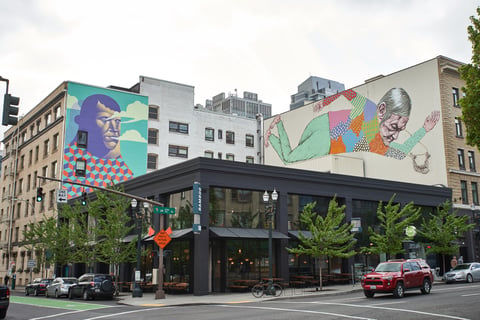 Consider using pavement treatments to help define the borders of public, semi-private, and private spaces. For instance, the public zone could be comprised of streets or undeveloped land. The semi-private zone, which leads to your building and creates a buffer between the public and private zones, could be comprised of concrete sidewalks or asphalt walkways, and the private zone could be covered in an interesting pattern of stamped concrete, stone, brick, or other materials. Clearly defining the transition zones with the use of different colored and textured pavement treatments will help create a sense of territorial reinforcement at your workplace.

Landscaping can be an effective way to define boundaries and express ownership. Clearly marking the boundaries of the property using landscape features can be an effective way to deter illegitimate users from entering the site. Consider engaging the services of a landscape architect to develop the most effective design for your workplace. Note that it’s important to design landscaping in a manner that allows for unobstructed views of the surrounding area. And be sure to develop a maintenance plan for any landscaping features to preserve natural surveillance and to signal to users that there is a sense of ownership at the workplace.

The territorial reinforcement recommendations I’ve described above are most effective when used as part of a comprehensive crime reduction strategy. Consideration should also be given to applying the other CPTED principles – natural surveillance, natural access control, and maintenance – to your workplace. CPTED measures may also be used in conjunction with physical and electronic security elements to further enhance security. Taking a holistic approach to workplace security will help ensure the safety and security of your building and its occupants.

0 Comments
previous post How Not To Dress When You Return to the Office and A Videoconferencing Reminder
Next Post Police Station Security: A Look from Different Perspectives 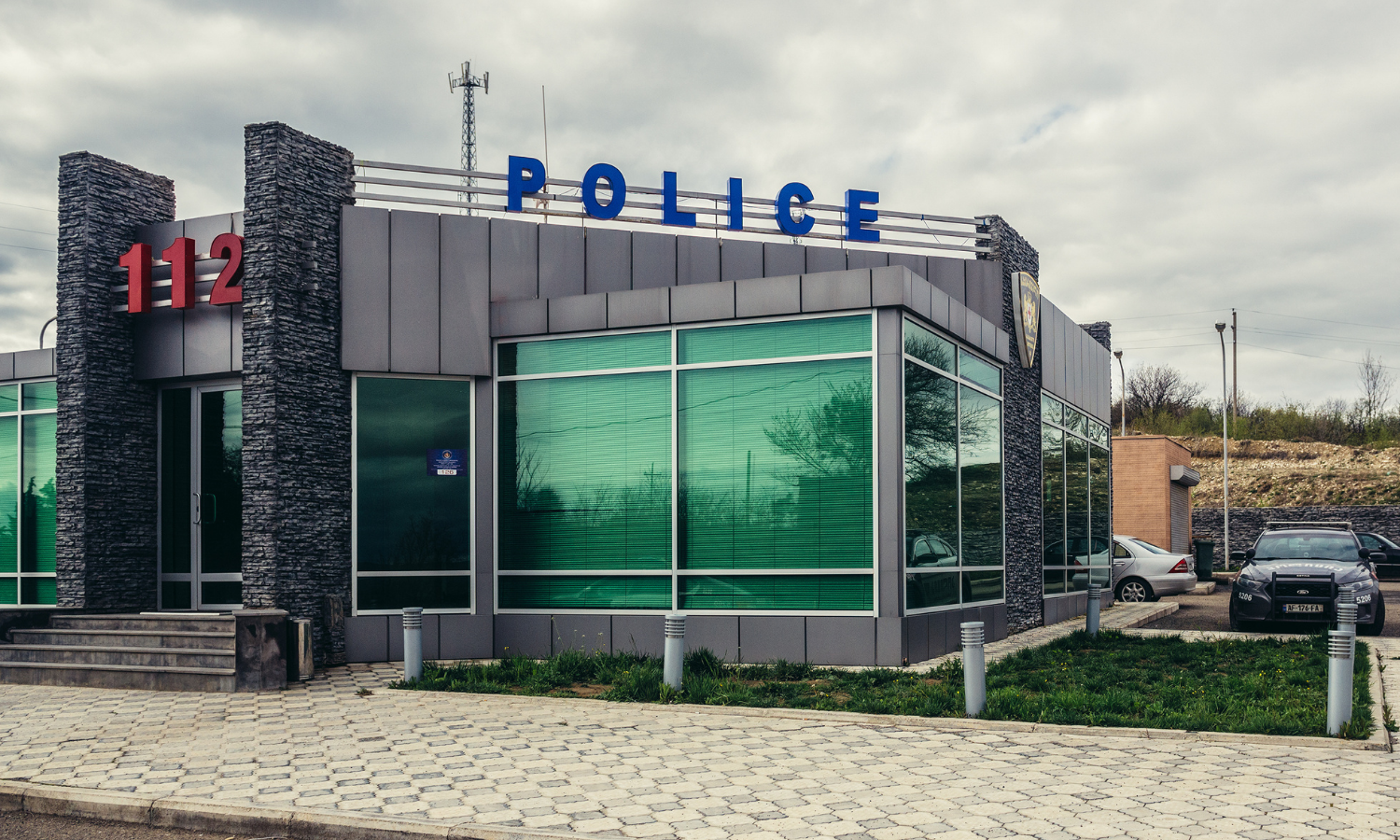 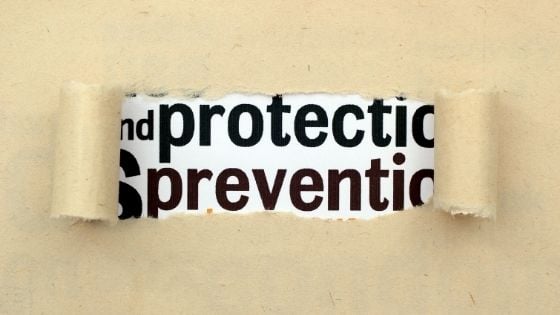 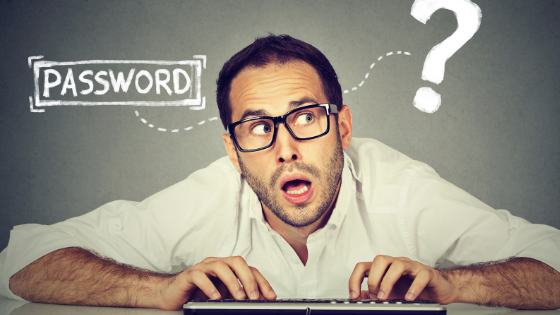 5 Tips to Managing All Your Passwords
by Ron Seibel 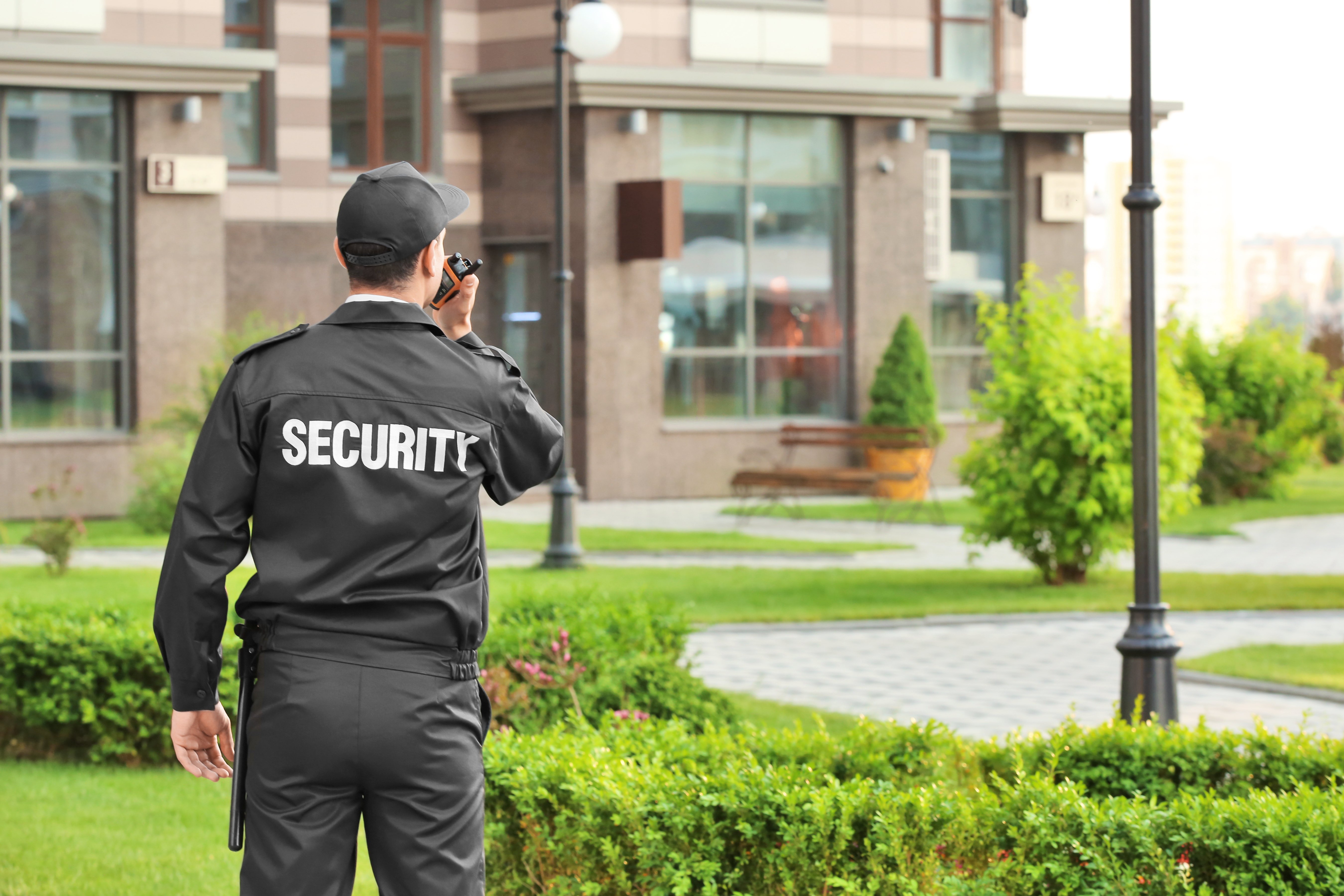 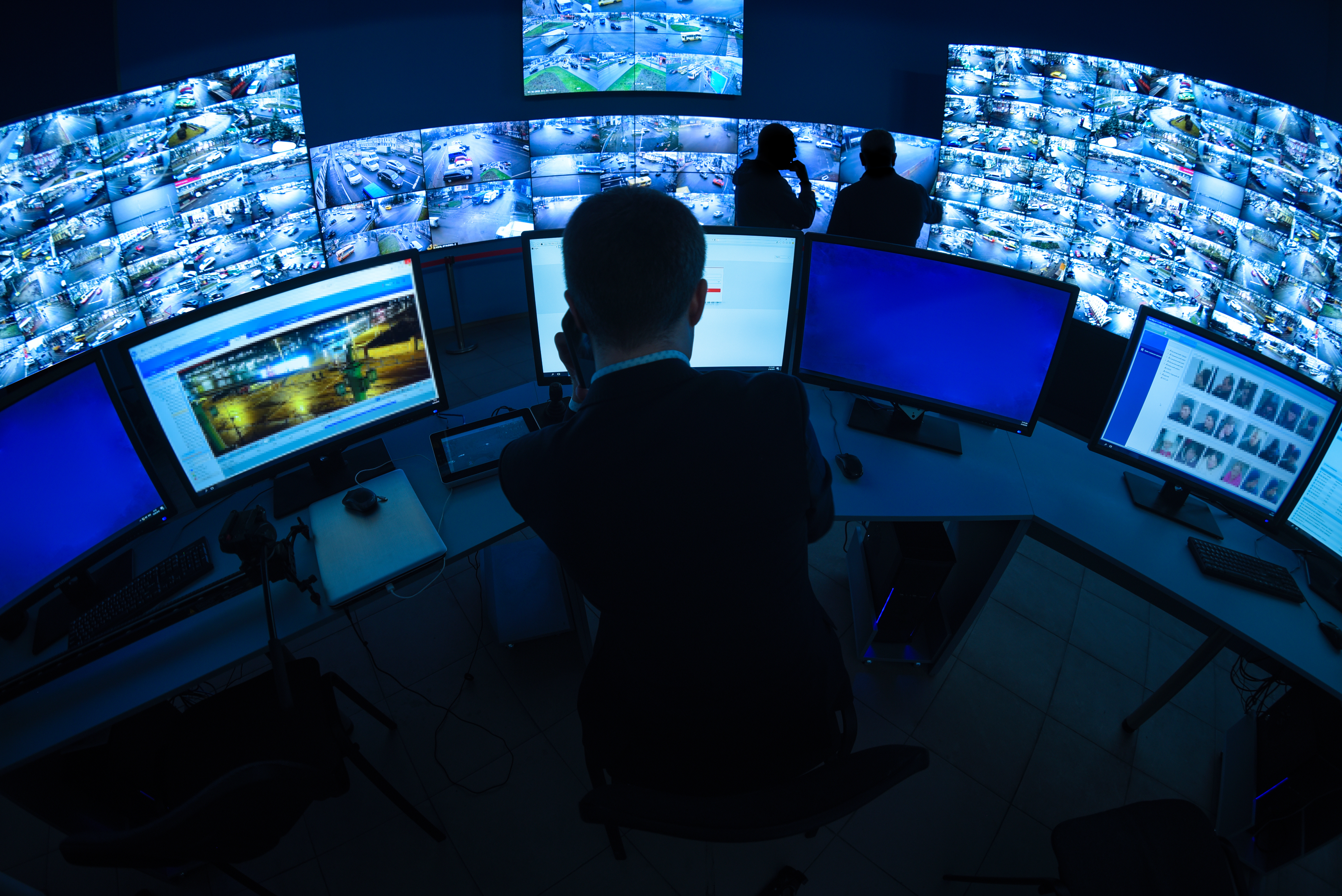 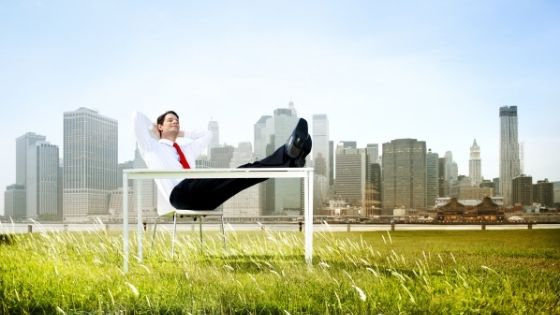 Office Space - Where the Air is Fresh and Clean? 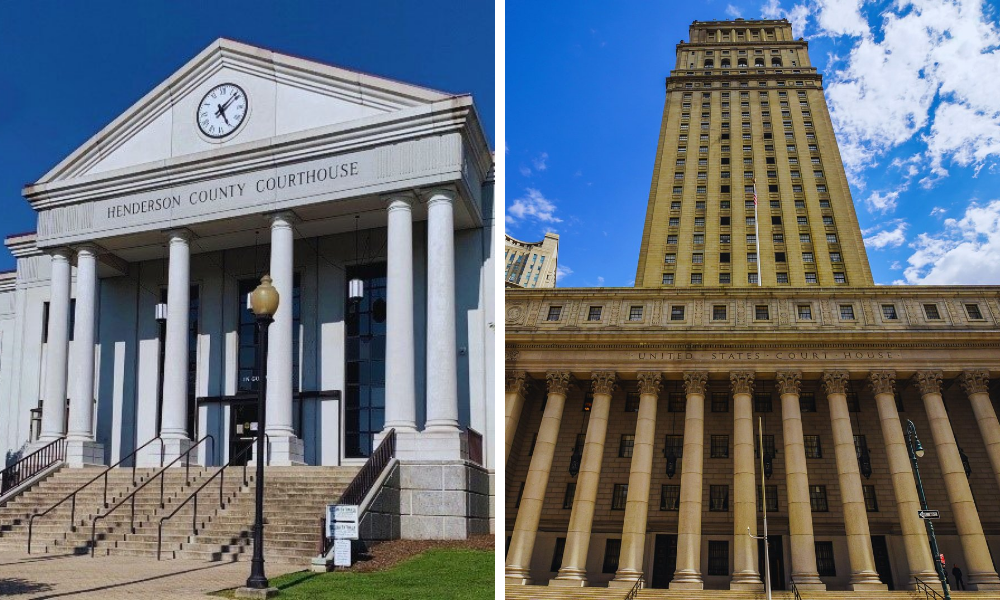 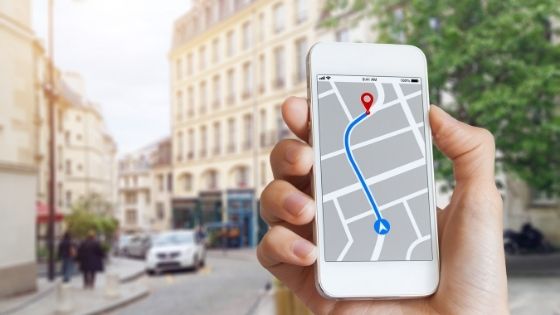 Should Your Court Split into Multiple Facilities? 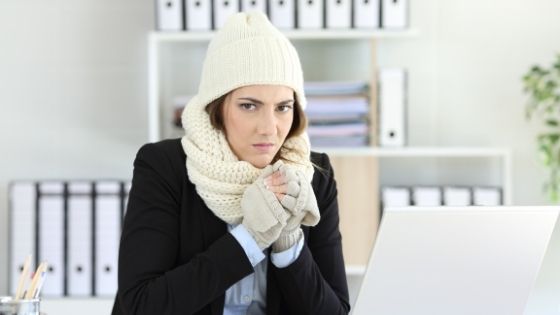 A Chilling Office Predicament and Unplugging During the Holidays 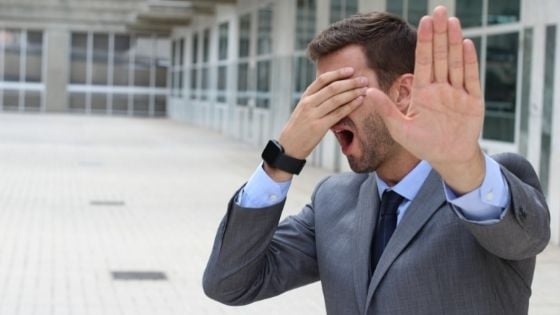 How Managers Can Smooth the Return to the Workplace 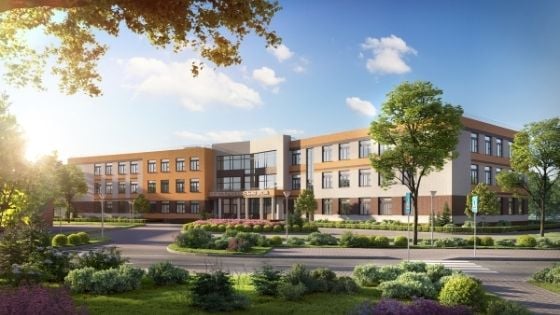 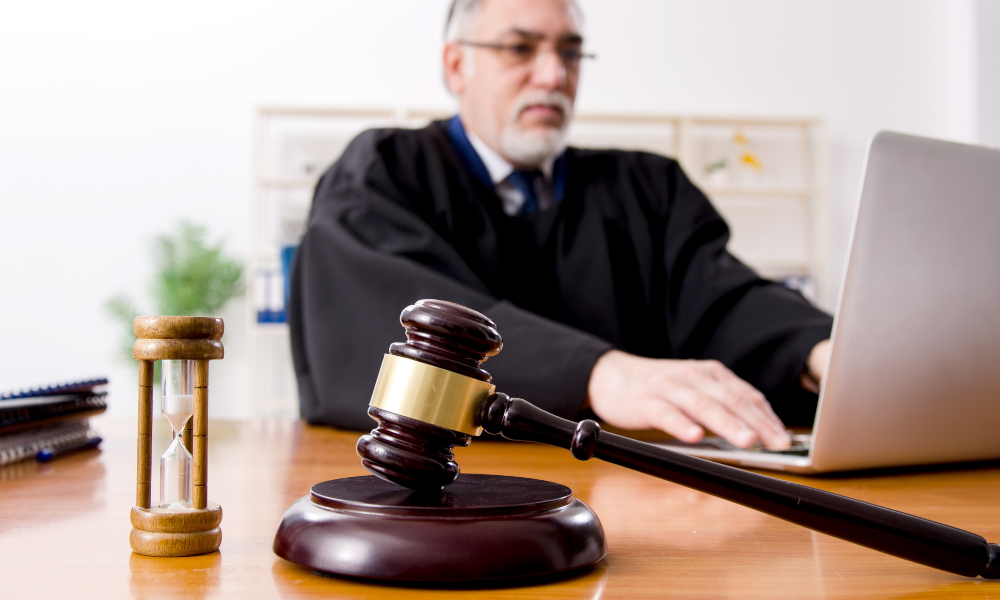 Shaping Courthouses Through Lessons Learned During the Pandemic 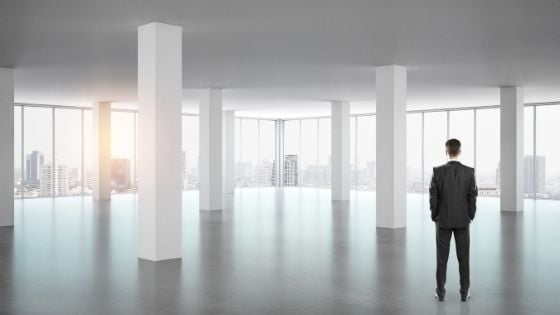 Better, Faster, Cheaper: Does this Apply to Office Real Estate?